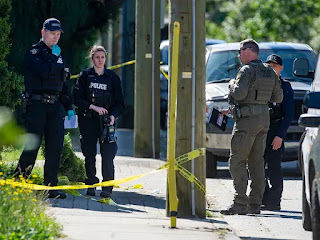 The Vancouver Sun is reporting that "Coquitlam RCMP say they received a call at about 1 a.m. about a shooting in the 2700-block of Davies Avenue. When they arrived, officers found one man dead. Police have not released any details about the victim."

CTV is reporting that the body was found inside the home. The TriCity News is reporting that "A 37-year-old man was identified was the victim of Port Coquitlam's first known homicide of 2022. Mehdi "Damien" Eslahian was shot and killed in the early hours of Thursday morning (June 30) along Davies Avenue and investigators say he was known to police."