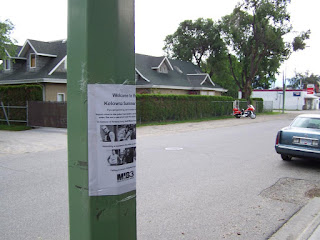 Dr Spin is reporting that "A lawyer for the B.C. Civil Forfeiture director says a judge who rejected the government seizure of three Hells Angels clubhouses in 2020 made errors that should be overturned on appeal." I agree.

"Brent Olthuis told a panel of B.C. Appeal Court justices on Monday that there are grounds to reverse the findings of Justice Barry Davies and simply order the properties in East Vancouver, Nanaimo and Kelowna be forfeited to the government without a costly second trial."

"On June 11, 2020, Davies ruled that the director had not proven his claim that the clubhouses would be used for unlawful activity or that they play an important role in enabling and empowering members of the Hells Angels to engage in serious crime for financial gain. And Davies sided with lawyers for the biker gang that part of the B.C. Civil Forfeiture Act allowing for property to be seized based on possible future criminal use should be struck down because the section falls outside provincial jurisdiction."

That whole possible future criminal use argument was insane. The evidence that the Kelowna clubhouse was used for criminal activity was overwhelming. What they may or may not do in the future was irrelevant. Yet the Kelowna executive has changed and they now have a clean slate.

I told them they should have given back the Nanaimo clubhouse and seized the Kelowna clubhouse by way of consent. The East Vancouver clubhouse should have then be adjudicated on its own merit. Now they've lost everything. A corrupt judge along with a corrupt gang task force has empowered that criminal organization's drug trade.

The CFSEU don't care about the Hells Angels that sell drugs. They just want to stop the ones that don't sell drugs from going on rides. Michael Kramer and the ATF deja vu - Damion Ryan.