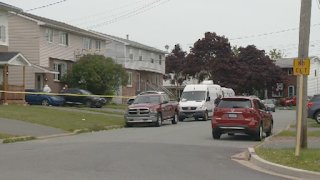 CTV is reporting that "Halifax police are investigating the suspicious death of a man in Dartmouth. Police say they responded to a weapons complaint Saturday at a home on Viscaya Place around 2 am. A man was found deceased when officers arrived." Yeah the shots fired and the bullet homes in his body would indeed make his death suspicious.

The Toronto Star is reporting that " Halifax police are seeking the public’s assistance in a homicide investigation after a 34-year-old man was killed in a shooting in the city. The medical examiner’s office says Nelson Tyrelle Beals’ death early on Saturday was the result of gunshot wounds."