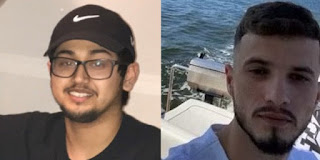 The Richmond News is reporitng that "The victims of last week’s double shooting homicide in Richmond have been named. The Integrated Homicide Investigation Team (IHIT) announced on Tuesday that 23-year-old Kevin Allaraj, and 22-year-old Jeevan Saepan were shot and killed on Ackroyd Road on Saturday. Both, say police, were from the Lower Mainland and known to police, who added that it appears that the shooting was targeted and connected to gang activities.

I think I reported on this at the time, but I missed it when they named the victims. This one is relevant. It's tied to BK and RS who work for the HAs. Since Jamie Bacon is now working for the police, one has to wonder who BK are capping now to take his place.