Audio file of Jamie Bacon Cooperating with the Police 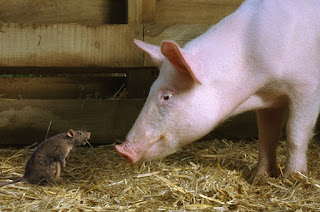 Update: Jamie Bacon's message has been posted on YouTube.

This is an audio file of Jamie Bacon cooperating with the police. It's in a .bin format. You need to download a free VLC player to listen to it. We had heard he was cooperating with the police but couldn't prove it. Until now. He lied about Spike because Spike thought he was an idiot and an easy mark to tax. He's lying about Looney because Barry is tied to Spike's family.

Jamie Bacon comes right out and admits that he's only going to rat out people who f*cked him over. He's going to lie about rivals just like Blaze and the rat pack and the Compromised CFSEU is going to pay him to do it. God damn you all. The Wolf Pack roll on another Surrey hitman.

Let's not forget that Jamie Bacon was never notorious. He couldn't go to the gym without a body guard. First it was Anton, then it was DK. After he f*cked over DK he went through a long list of bodyguards who all thought he was an idiot. Spike bullied Jamie because Jamie was a clown.

The Bacon brothers weren't from Surrey they were from the suburbs. They had 24 hour police protection. They lived with their parents for f*ck's sake. Jamie tried to tax Corey Lal. Corey didn't pay the tax because he thought Jamie was an idiot. That's why he had to hire DK, Cody and Mathew to kill him. Then they lied and said Corey begged for his life because that's what Jamie wanted to hear. Eddie Narong said “F--- you, you’re f---ing dead." That is believable.

Jamie hired someone to kill DK because Jamie betrays everyone. Now he's lying about rivals along with Blaze. This is clear evidence showing that the CFSEU needs to be replaced with a Regional task force. Pride cometh before the fall and great shall be the fall thereof. Word.