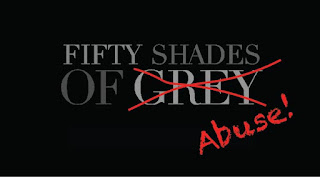 I think everyone has learned something from all this. Hollywood's cancel culture sucks but it goes beyond that. I think Amber Heard has learned to be a little less accusatory because she does not play the victim well. This case reminds me of two things. The first is a video of Blaire White when she was first starting out talking about her experience in a psychology class at college.

The women were sharing heartfelt experiences about being abused by men. When one man shared his humiliating experience about being beaten by a women, they all laughed at him. That's kind of a double standard. It's not manly for a man to be abused by a woman but if he fights back he's an abuser so it's a no win situation. Given the prevalence of mental health issues, it's not as rare an occurrence as you might think. When a man experiences something like that he looks back and says I never want to experience that again. Ever.

The insane popularity of the 50 Shades saga shows us how absolutely deranged the world really is. First they normalize sexual violence. Next they normalize pedophilia. That is a sick world none of us want to be involved with. Healthy relationships are respectful and recognize the dignity of humanity. Amber Heard is a cute, stuck up, self indulged b*tch. There are many roles she can play. Johnny Depp is a likable guy we can respect. Everyone has a place here. It just turns out that Amber Heard is a villainess. She wants to brow beat powerful men but when she does she loses respect for them. It' a no win situation that always leads to abuse.

Amber Heard did a great job in 3 Days to Kill. She suits that role.

"It's everything that I say is wrong with the 'Me Too' movement...I don't believe women, I don't believe men, I believe facts and I believe that they are on Johnny Depp's side." - @RealCandaceO on the Amber Heard/Johnny Depp case pic.twitter.com/5fpBMRmmHD

Posted by Dennis Watson at 8:41 AM