Three Stooges murder trial has been split in two 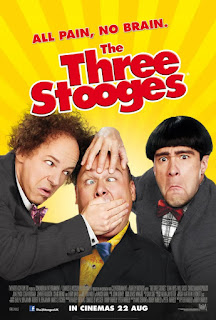 Vancouver is Awesome is reporting that "The B.C. Supreme Court trial of one alleged gang member charged with first-degree murder has been separated from that of two others who were being tried with him. Dean Michael Wiwchar now faces a separate trial on one count of murder in relation to the 2012 slaying of Sandip Duhre, gunned down at the Sheraton Vancouver Wall Centre. Wiwchar was being tried alongside Rabih “Robby” Alkhalil and Hells Angel Larry Amero. When the jury returned March 9, Justice Miriam Maisonville told them Wiwchar would be tried separately. As a result, Wiwchar was no longer seated in the prisoners dock with Amero and Alkhalil. 'You do not need to concern yourself with this,' Maisonville told jurors, adding Wiwchar’s separate trial should have no bearing on the consideration of Alkhalil and Amero’s case."

Things that make ya go hmmm.... I totally missed that. We know Jammie Bacon's trial was separated from the others because of police misconduct in the investigation. They were having threesomes with witnesses.I wonder why Dean's was separated. Are they worried they might not get a conspiracy to commit murder conviction if they don't produce the encrypted Blackberry evidence they have? If they withhold that evidence, then God Damn them all.

Note that the article stated Larry Amero was a resident of Ottawa at the time of his arrest just like Cub Pack Queen Damion Ryan. That's where their gun runner was residing as well. Do the math.