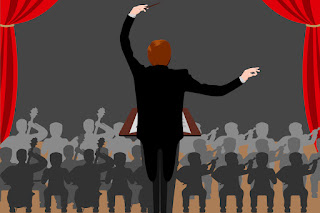 Remember when we found out that Omicron was less severe than the seasonal flu and that Bonnie Henry said we were going to treat it like the influenza and not test any more? Well brace yourself for the next false flag because they've been caught red handed.

Two different days this week when I was at the grocery store they made an announcement over the PA encouraging people to go to the pharmacy and get a free Covid test. I was like WTF are they doing? Omicron was less severe than the seasonal flu. We are approaching summer. Flu season is over. Why in the hell are they doing mass testing of asymptomatic people?

Well we all know why but this proves it. When you increase testing, you increase cases. Especially when the PCR test is worthless and has a 90% false positive rate. Even the little girl next door was suspicious. She told me "they said I had Covid but I had no symptoms." Exactly.

Renowned virologist Dr Alan Mordue from the UK boldly declared that there is no such thing as asymptomatic cases. For a case to be considered, you need symptoms and a positive test. One without the other is not a case. The media has been lying to us all along.

This is why they are conducting mass testing right before summer. They have an agenda and their agenda has nothing to do with promoting health. Their agenda is to crash the Canadian economy just like ANTIFA and the Anarchists. They want to build back better. Order amidst the chaos - Communism. Climate change is no reason to embrace Communism. Neither is Covid. 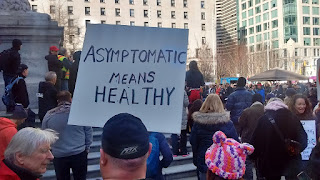