The Metro Vancouver Housing Market is out of control 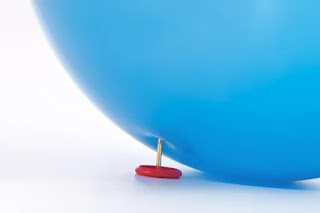 I just want to restate the obvious: The Metro Vancouver housing market is out of control. People talk about housing bubbles and market crashes. I don't know what's in the cards but if there isn't a market crash the next generation is completely screwed. Never mind abomination desolation. We won't even make it there.

All these political clowns are going off about handing out more free money and the creation of a livable wage. I need to point out that a wage is something you receive for work rendered. If an apartment costs a million dollars and if the rent on that apartment is over $2,000 a month, then there is no such thing as a livable wage. It doesn't matter how much free money you print up and hand out, the whole system will crash.

The US Federal Reserve states that "Canadian real estate is still in bubble territory but excitement is fading fast. As higher rates approach, the index is showing a rapid collapse of sentiment. Central bank researchers generally believe markets that show persistent exuberance will correct. When is more of a mystery." Kinda like the Vancouver earthquake. Not if but when.

Wolf Street is reporting that "It’s curing a housing crisis where middle-class households are priced out of a market, inflated by rampant international speculation and large-scale money laundering, says BC’s Finance Minister." There seems to be two problems. People who don't live here buying up land as an investment and money laundering through real estate.

When I was in high school interest rates rose to 20%. As a result, the housing market crashed. Interest rates have never risen that high since then so we have seen an artificial extension of the bubble. Interest rates may never rise that high again but if they don't rise, no one will be able to afford a house. Perhaps that's part of their plan.

We all hear the term supply and demand. Well all good things must come to an end. I can't afford to live here any more. Soon it will be time for me to leave. If people leave, then housing will drop. That's the only solution I see. I guess it makes sense. If they top the laundering money at BC casinos, they'll launder the money in real estate wherein we all suffer.

The Daily Hive is reporting that "A recent analysis by the UK-based international research group states home prices could drop by 24% between Fall 2022 and Summer 2024."