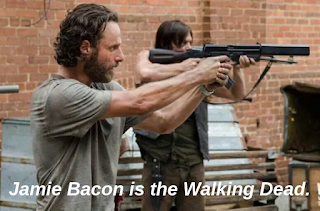 I posted the audio of Jamie Bacon squealing like a pig. Then I confronted Kim Bolan's lies about the audio. Now I want to talk about the actual content of the video. Specifically the part where Jamie Bacon complains about bikers. That kid is a worthless POS. I say kid because that's what he is. He's a little b*tch who never grew up. Man up. Take responsibility for your choices.

He's never worked an honest day in his life. He's sold drugs, lived in his parent's home and been to prison. That is his worthless life. Now he wants to blame bikers for the choices he's made. Riding motorcycles isn't the problem. Selling drugs is the problem. That is what Jamie Bacon chose to do. Now he's claiming the bikers are paying people to steal from him. That is a ridiculous lie. He's in prison. How do you think he has money? The Hells Angels have empowered him while in prison. They own him. Every penny he made came from them.

They even killed his political rivals so he could make more money for them. This is why the Hells Angels pick guys like him to sell drugs. Because he could never make it on his own.

First Jamie Bacon worked for the UN. Then he betrayed them and went to the bikers. Jamie didn't like Spike because Spike thought Jamie was an idiot and bullied him. That's why his dead preppy brother Jonathon sucked up to the club through Larry Amero. The club supplied him. Who's going to supply him now? Nobody.

I've always tried to expose that life for what it is. There's no L & R in it. Only selfishness and greed. Soldiers aren't selfish. They make sacrifices for others. Jamie Bacon is not a soldier. He's just a greedy little pig. I have always said, if you want to leave the life don't walk away mad just walk away but keep your mouth shut and don't cooperate with the police.

That is the safest way to leave the life. If you're not a rival drug dealer, the Hells Angels have no reason to kill you. Killing people costs money and they are businessmen who like to make money. If they know you're going to keep your mouth shut, they have no reason to kill you. It's really that simple. Shrader left the life but he didn't rat anyone out. That's why Blaze hates him and lies about him. Jamie Bacon only cares about himself. That's why he's put his whole family at risk.

People talk a lot about millennials. Young kids who have no work ethic and no self respect. They feel entitled to everything. Now not all young kids are millennials. My kids aren't but Jamie Bacon is. He's never worked an honest day in his life. Now he wants a payday for rating people out. He is a complete loser. He and his family are done in this country. Jamie Bacon is the walking dead. The UN don't have to kill him now. Now the club will and he has no one to blame but himself. 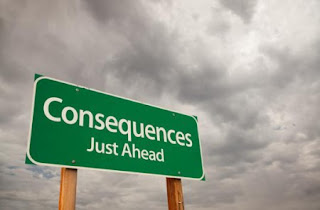 Matthew Johnston update: I also want to point out the obvious. This audio recording was made for Matthew Johnston and trashes Cody. Jamie is sucking up to Mathew because he needs a new bodyguard. Jamie Bacon already f*cked over DK and Anton. He f*cked over every other body guard he's ever hired. No one in their right mind would work for him especially now that he's on the PoPo's payroll. Matthew Johnston knocked out Robert Thomas because he was paid to.

The East Van HAMC put a five thousand dollar bounty on his head so he would get beat up in prison as an internal discipline for getting such bad press for the club over something so stupid. That was bad business. If that assault had not been approved by the bikers, Mathew Johnston would be dead. It's that simple. Jamie Bacon is just as delusional as Donnie McWhirter is.

Posted by Dennis Watson at 2:09 AM