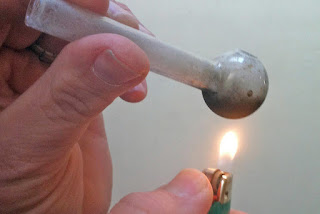 The Globe and Mail is reporting that "The mayors of the 13 largest cities on Canada’s West Coast have told the province the justice system has failed to stop a tiny number of people from committing a large number of crimes and making others feel unsafe in their communities. In an April 5 letter to provincial Attorney-General David Eby, the British Columbia Urban Mayors’ Caucus said police data from nine cities showed that each had 10 to 50 offenders stuck in a catch and release justice cycle. Victoria police, for example, found 10 people either considered a suspect or charged in 1,385 incidents over the past two years."

Where there is no justice, there will be no peace. The mayor of Vancouver is holding public safety meetings after a dramatic rise in random violent assaults. Their solution is more surveillance cameras. While I recognize the problem, reaction, solution paradigm at work, I support cameras in high crime areas. However, if you install the cameras, you also have to enforce the law.

Wherever you allow hard drugs to be sold in public, violence crime in that area increases exponentially. Repeat offenders commit violent crime to support their addiction. The acts of random violence are from meth heads that have fried their brains and face absolutely no legal consequences for their actions whatsoever. This needs to change.

It obviously ties in with Canada Post temporarily reinstating mail delivery for the DTES. Postal workers have the right to refuse and unsafe work environment so they cut off the mail for the DTES. The drug related violence there keeps getting worse. What we are doing is not working.

They are injecting crystal meth at the lethal injection site. That is harm promotion.

Kennedy Stewart saw the violence and injustice within the Oppenheimer Rape camp. Women were not safe there. Well that's what we've turned the entire DTES into because of our failed Liberal harm promotion policies that even Snoop Dog thought were over the top.

I used to serve in the DTES for many years. I stopped because what we are doing is wrong and it's completely out of control. The DTES is full of crime, violence and exploitation. There are no woman's rights in the DTES. I used to take youth to serve at the Harbour light foodline and to hand out food and clothes at Pigeon corner. Every year it kept getting worse. We had women volunteers working with us. Street women would come up to them and tell them that they no longer go to Pigeon corner because it is not safe for them. They will be sexually assaulted there.

One yer I had a woman tell me she was being harassed by a violent man in the DTES. She said she ran over to the police station there because it had a camera out front and the stalker didn't want his face on camera. Well, since them they completely closed the DTES police station to public access so the situation has only gotten worse. What we are doing is wrong.