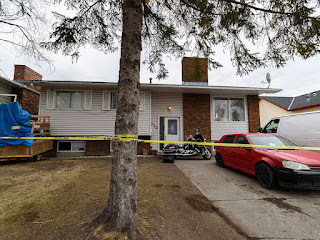 The Calgary Herald is reporting that "A woman shot to death in the northeast community of Temple is Calgary’s 10th homicide of 2022. Officers were called to the 300 block of Templeview Drive N.E. for reports of gunshots at about 7:15 p.m. Thursday, police said in a news release. An unconscious woman was found at the scene with a suspected gunshot wound. She later died at Foothills Medical Centre. An autopsy conducted Friday confirmed the death was a homicide. Police identified the victim as Jamie Lynn Scheible, 23, of Calgary."