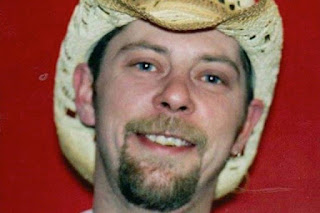 The Abbotsford News is reporting that "A murder charge has been laid in the April 1 shooting of Surrey resident Christopher Raymond Hartl, 48, in Whalley. Darren Ellis Scott, 40, has been charged with second-degree murder. Hartl was rushed to hospital after Surrey Mounties responded to a call of a man shot inside a residence in the 12600-block of 97 Avenue at 2:27 p.m. Friday, April 1."

CTV is reporitng that "Surrey RCMP said two suspects fled the neighbourhood on bicycles and were later tracked down and arrested. Residents in the Whalley neighbourhood told CTV News Vancouver that the shooting is the latest incident in the home."

“There's a problem in this house almost every second day,” said Sam Dular. “The city is not doing anything. The police are not doing anything; they only come here if there's a problem. So it's very scary what happened yesterday.” Neighbours said police have told them the home in question is a halfway house. “There's people coming in out of there, like, every month. We have no clue who they are,” said Nav Athwal, another resident. Athwal said there has been rampant theft, harassment and disturbances in the past three years. “We've seen so many cops here, it doesn't even faze us anymore,” he said.

So if they see cops there all the time, then the police are doling something. The problem is what they are doing is reactive not proactive. If it's a halfway house that means occupants are on probation. If they breach their probation, they go back to jail.

If it's rehab and people are doing or selling drugs there, then that needs to be addressed. Too many rehabs in Surrey are flop houses for people to do drugs. Drug dealers should not be allowed to sell drugs at rehab. That is a no brainier.

If they're not doing drugs, they don't need to steal anything. Whenever you let harmful drugs be sold in an area, violent crime there increases exponentially. As we have seen.