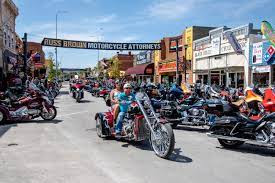 Just to follow up on my Jamie Bacon Millennial biker's b*tch post I want to add that Damion Ryan is not a biker either. He's a drug dealer. He got his patch from the Ontario Village Idiots for the same reason Gerard Ward did. They were both simply drug dealers.

There are two points I'd like to make. Every province except BC make Hells Angel drug busts. Not all Hells Angels sell drugs but the CFSEU doesn't bust the ones that do because they are completely compromised. Instead, the CFSEU goes on a public tirade defaming all bikers. Riding motorcycles isn't the problem. Selling drugs is the problem.

Instead of confronting the ones that sell drugs, they give them police protection to rat out rivals and inform on the people they hired to commit murders. Then they have these public press conferences harassing the ones that want to go on a ride. That is not equal protection of the law. That is lawlessness because the freedom of association is protected by law.

Let's compare motorcycle rallies to stamp collecting. There is nothing wrong with either. What if someone who collects stamps also sell drugs? Should we outlaw stamp collecting? Of course not. Outlawing motorcycle rallies is equally absurd. Once they do that, they most certainly won't stop there. They will pursue anyone and everyone they see as a threat to their power.