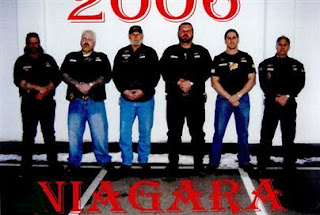 The National Post is reporting that "The home of one of Niagara’s most notorious criminal organizations may soon face the wrecking ball. Lawyers representing the owners of the Hells Angels clubhouse on Darby Road in Welland, Ont., have until Dec. 6 to appeal a ruling that the building be forfeited to the Ontario government. If they don’t appeal or an appeal fails, the fortified building will likely be demolished, police sources tell The Standard."

“Based on this evidence, I conclude that the clubhouse is used as safe haven to plan illegal activities, including the drug trade, and to guard against police interference with those activities,” Akabarli says. “I am satisfied that church meetings were not simply opportunities to discuss clubhouse maintenance but that the clubhouse was used to hold these meetings in order to facilitate and plan unlawful activity.” She also says it was reasonable to conclude that members of the Hells Angels used drug money to pay club dues which were then used to pay the mortgage on the buildings. “I thus conclude that the mortgage was paid down, at least in part, through funds acquired through unlawful activity. (The clubhouse) is thus proceeds from unlawful activity.”

Gerard Ward and the Niagara chapter have a long history of drug trafficking. It doesn't look like there is much grounds for an appeal. Former Niagara Regional Police constable Frank Dean Rudge was convicted of leaking information to the Hells Angels in 2013.

Zavisa Drecic, a former member of the Niagara Hells Angels, had been transferred to the Woodbridge chapter when he was caught trafficking the date-rape drug and cocaine in the Toronto area. Hells Angels associate Nicola Nero of Niagara Falls served nine years for selling cocaine to a police informant while on bail for stealing $2.7 million from an armored car in 2003. 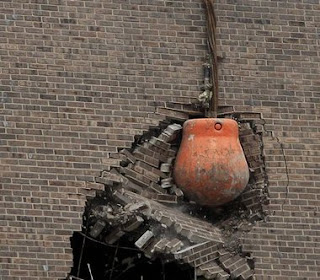