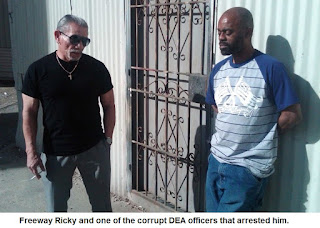 Previously I reported that the police in BC are not concerned with disrupting drug trafficking. They are only concerned with seizing he proceeds of crime in exchange for letting it continue unbridled. This insane proposal is further evidence of that scam.

Right now the Surrey RCMP are giving the Hell's Angels drug dealers on the Surrey strip police protection for selling fentanyl. Instead of arresting those drug dealers and disrupting the drug trafficking of that lethal poison they want to let it continue and prosper while they tax it by seizing cars to raise money for their budget. Freeway Ricky dejavu.