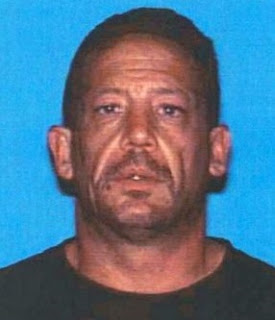 The Aging Rebel is reporting that "the United States Attorney for the Northern District of California released the indictment that actually charges 10 members of the Hells Angels Motorcycle Club and one former member with racketeering. The indictment, titled U.S. v. Jonathan Joseph Nelson at al., is a 17 page document appended to 20 pages of indictment sheets. The club members belong to three charters: Sonoma, Fresno and Salem, Massachusetts."

Last year we cited a San Francisco Gate article stating "When a 49-year-old Santa Rosa woman learned her husband was about to be stripped of his membership in the notorious Hells Angels Motorcycle Club, police say she met with a member over the weekend to get answers. Instead of receiving an explanation, officials say she was sexually assaulted by the former president of the outlaw biker group’s Sonoma County chapter and forced to comply for the sake of her husband’s safety. Her attacker, 53-year-old Rohnert Park resident Raymond Michael Foakes, was arrested Monday night on suspicion of sexual assault, victim intimidation, stalking and gang participation."

Ray Foakes was the former president of the Sonoma County Hells Angels. As the Aging Rebel points out, the rape allegation and the murder of a third person in the Fresno clubhouse are the big charges. The rest appear to be minor charges of assaulting people and stealing their motorcycles. Who does that anyways? Only rats steal motorcycles. Freaking rodents. I thought rape was against the HA rules? Evidently not. What they say and what they do are two different things. Mom Boucher got his patch after getting out of jail for armed rape.

In 2006 Ray Foakes was charged with possessing and distributing crystal meth. In 2008 his brother in law was shot dead beside him in the truck he was driving after Hells Angels in a prosession behind him swarmed a vehicle in a road rage incident.