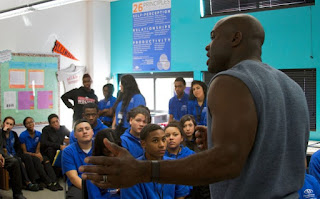 More actuations of Toronto police planting cocaine on a suspect after they assaulted him. This time on W5. Orlando Bowen was a long time CFL football player with a long history of community service. Tonight W5 ran the story of how he was assaulted by police and was charged with drug possession after they planted cocaine on him. In court the two officers testimony was filled with contradictions. Then when one of the officers was charged with cocaine possession on a separate matter, the judge dismissed the charges against Orlando stating that the police officer's testimony was not credible. W5 did a great job covering the story.

One of the officers, Sheldon Cook, left the police force after his cocaine charges in an RCMP sting where he stole a brick of fake cocaine believing it was real. The other police officer, Grant Gervais, is still with the force and ended up getting a promotion. Sound familiar? Orlando's civil suit was settled out of court.

More recently, four Toronto police officers who were accused of planting cocaine on a suspect walked away from more than two dozen perjury and obstruction-of-justice charges over trial delays that resulted in the polices refusal to comply with disclosure of evidence. The Toronto police department need to leave Marc Emery alone and start cleaning up its own corruption. Especially after the news of a promising new officer just died of a suspicious fentanyl overdose.