Prince Harry and Meghan Markle: God save the Queen 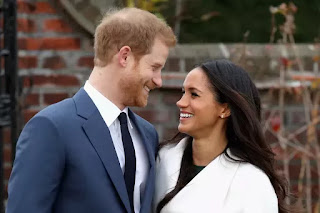 Well it's official. Prince Harry is engaged to Meghan Markle. Congratulations! Normally I don't give a rats ass what the royals do. It's their business. However, due to some of the insanely racist comments I will point out the obvious. Do we not know who Prince Harry is? He is the son of Princess Diana, the best thing that ever happened to the royal family.

Prince Harry has followed his heart and has chosen to marry a biracial American actress. Biracial? She's half black. Not that it matters because it doesn't. Why she's even part Irish so she is. Some Brits will be more opposed to that then her being part black.

One of the comments on twitter was our soldiers didn't die for this. Ah actually yes they did. This is exactly what they died for. Hitler was the one that talked about a superior race. Hitler was on the other side of the battlefield. In the United States Martin Luther King had a dream that one day men and women would be judged by the content of their character not by the color of their skin.

She's beautiful. They look happy. They make a wonderful couple. I cant wait to see what kind of noble acts her kind heart reveals. Let's get to know her beauty from within before we cast stones and reveal our own ignorance. It's time for our civilized society to get educated.

Michaëlle Jean was the first black Governor General of Canada. She was a refugee from Haiti. She was genuine and sincere and cared about the people. She served well.