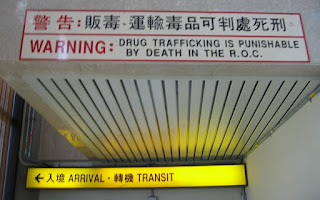 It's pretty obvious Canada's drug model is a colossal failure. Harm reduction has become harm promotion. By removing the other three pillars in the four pillars program all we are doing is promoting addiction and organized crime. One concerned citizen fed up with the pharmaceutical fraud burning tax dollars on promoting poison instead of treatment cited the Singapore model. I would like to suggest a balance between the extremes.

The first policy on drugs that stands out in Singapore is the fact that drug trafficking is punishable by death. Obviously that is an abused extreme. However, recognizing that fact is not justification for us to jump to the opposite extreme. Neither extremes are healthy elements of a free republic. You ask all the businesses in Whalley and they will tell you straight up that they are fed up with harm promotion. People need food and housing not drugs.

Illegal lethal injections sites don't make drugs free. By promoting addiction they also promote crime because addicts steal to pay for the drugs since when it comes to addiction, enough is never enough. Everyone agrees we need more treatment. However, most drug rehabs houses in Surrey don't help addicts get off drugs. They are just smoke and mirror distractions trying to pretend we are are supporting rehab when we are doing the exact opposite. By providing the drug dealers police protection in the DTES and on the Survey Strip we are promoting crime and thereby supporting lawlessness. Not only that but we are also promoting a huge pharmaceutical fraud that is burning tax dollars faster than we can collect them.

We need three things. Enforcement of the current laws which we are knowingly breaking in the DTES and on the Surrey strip. Addicts need treatment. Treatment saved Kati, lethal injection sites did not. We also need prevention. We need to educate people and tell them the obvious: drugs are harmful. They are poisonous to the body. We need to stop denying that obvious fact.

Former methadone clinic doctor says he was told to "get them on a high dose and keep them there". Welcome to the Great Canadian Pharmaceutical Fraud.

A space to shoot up, but no space for addiction treatment.