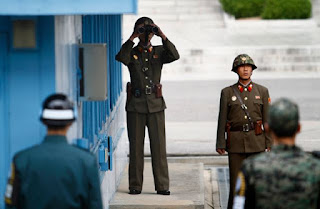 The New York Times is reporting that "North Korean troops fired on a fellow soldier who was defecting to South Korea on Monday across the heavily armed border dividing the countries. The soldier was shot but succeeded in reaching the South, its military said in a statement."