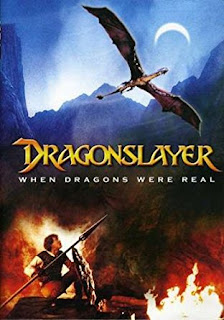 Bloody Hell. The Financial Post is reporting that "Canada’s two largest newspaper chains will close three-dozen community and free commuter newspapers after striking a deal to swap newspapers struggling with declining print advertising revenue. Postmedia Network Inc. and Torstar Corp. announced Monday they traded 41 publications and plan to close 36 papers in places where they compete. The shuttering of 34 papers in Southern Ontario, one in Winnipeg and one in Vancouver will eliminate 291 jobs and save each company between $5 million to $7 million annually." Do we see what's happening?

The Postmedia corporate monopoly owns pretty much all of the newspapers in Western Canada. There is no free speech because they have eliminated competition and the free market. When all the newspapers are owned by the same entity, they become easier to control and the content is driven to build corporate advertising. That is why all the local papers sound the same and are brainwashing us with the same corporate agenda.

The Toronto Star and the Torstar conglomerate are one of the only other media outlets in Canada. Do you see what they did? The two corporate giants cut a deal to eliminate competition. Remember the Surrey Leader? Surrey had two newspapers, the Now and the Leader. When the Postmedia monopoly acquired both papers they did away with the Surrey Leader with one sweep of the pen and fired everyone who worked there. Obviously they saved money but the integrity of the industry went down the toilet.

The Vancouver Sun and the Vancouver Province are now both owned by the Postmedia corporate monopoly. After they acquired both newspapers they had the Chief Editor of the Vancouver Sun take over that role for both papers and put the Chief Editor for the Vancouver Province back into the field to save money. What was the result of that move? Both papers are clones of each other. There is no difference between the two. Reporters for the Sun now also write for the Province and visa versa. All the local newspapers are clones of each other.

Toronto Mike has listed the 36 newspapers the new deal will shut down. Top of the list is the Toronto and Vancouver editions of the 24 hours. People may ask, why would a corporation acquire a competitor then shut it down? To eliminate the competition. Corporate monopolies are in opposition to the free market. It is the road to Corporate Communism. Especially when the corporate monopoly uses it's media monopoly to brainwash consumers with propaganda. Welcome to the Brave new World. Yet all is not lost.

As I've said before the Media Clone Wars has created an opening in the market. The free market means anyone can set up their own independent media outlet to satisfy supply and demand. The internet is free game. August this blog broke 20 million hits. 4 months later and we broke another million hits. Vloggers on Youtube like Lilly Singh actually make a lot of coin.

We also need to realize that when the local papers run a frontpage article cramming corporate corruption down our throat we can take it with a grain of salt and remember who is paying them to write that. CBC is still independent and is much more objective than the postmedia monopoly.