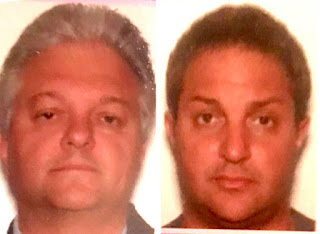 The Toronto Star is reporting that "The RCMP and FBI have made a string of arrests involving fentanyl trafficking by a long-established Hamilton crime group and the Gambino organized family of New York." Wow, the Hamilton crime group would be the Calabrians who were warring with the Rizzutos in Montreal. The article names Domenic and Giuseppe Violi who we have already talked about previously. Interesting. The Quebec Hells Angels who kicked the Ontario Nomads ass for dealing with the Hamilton Calabrians dealt with the Rizzutos in Montreal.