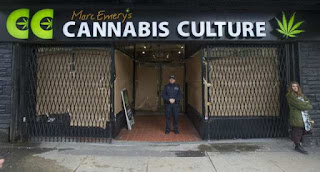 Speaking of how the BC Gang task force is compromised, March of this year the Vancouver Sun reported that "A dozen Vancouver police officers raided Marc Emery’s Cannabis Culture headquarters on West Hastings Street Thursday morning." Really? They raid Marc Emery's pot shop but roll out the welcome mat for the Black door and the Bulldog Cafe right across the street simply because those are run by the Hells Angels and Marc Emery's isn't? WTF?

Basically there are two concerns on the table. The first is unequal protection of the law. Why are the police in BC giving the Hells Angels drug dealers police protection but arresting their rivals? The second concern is why are the police arresting anyone for pot when the Trudeau government was elected on the promise to legalize pot. Surely every current pot charge should be stayed until the law has been officially changed. Arrest the fentanyl dealers instead.

The police requested a delay in the legalization of pot. Why? So they can keep busting people for pot until the law has been officially changed. That's a complete waste of time and tax dollars.

Recently, The Vancouver Sun reported that "Doctors of B.C. is asking the provincial government to consider banning individuals from growing recreational pot at home when it becomes legal in July." That makes no sense whatsoever. If pot becomes legal, growing pot at home is one of the safest ways to know it is naturally sourced and doesn't have any fentanyl in it.

The Globe and Mail is reporting that "A government agency, the Société québécoise du cannabis, will have exclusive legal control of recreational use, selling the product through a limited number of storefronts and online. The province will have 15 stores ready by July 1 and up to 150 in two years. While Ottawa's federal draft legislation legalizing marijuana would allow people to grow small amounts, Quebec will continue to outlaw growing pot at home."

This is organized crime. Corporate monopolies are not good for consumers. It is the road to Communism and the destruction of the free market. Quebec legalizes pot but bans people from growing it at home? That is absurd. That's like banning people from growing nicotine.

BTW smoking anything is bad for you. That's why the leading cause of death in house fires is smoke inhalation. No one likes secondhand smoke. Especially in public. Vaping is better than smoking. Vaporizing weed emits a vapor that is 90% smoke and carcinogen free. Vaping is better for the lungs. Cannabidiol - CBD is even better. CBD is good, THC is not. Be wise, be healthy. 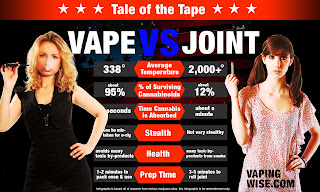 Marc Emery has earned his place in the industry. He has a name and a brand. If anyone deserves to make money from legal pot he does. They should make him CEO of legal pot in Canada. He has paid his dues. He has a name people trust.

In contrast, what we are seeing is a Communist revolution in Canada. Just like how Lenin murdered Shliapnikov the real leader of the workers revolution and took over the party. When the Trade Unions he used to get in power went on strike, Lenin sent in the machine guns to cut them down. The families were too scared to even collect their dead. This is what the federal government is now doing to Marc and Jodie Emery.

Actually it's the Toronto PD that is screwing over Mac and Jodie. The Toronto PD do not have the legal authority or legal jurisdiction to order them to shut down Cannabis Culture. In contrast, the recent Fentanyl death in the Toronto drug squad calls for a public inquiry into their corruption.

@TrilliumPartyON has the only MPP in the ON Legislature defending free market cannabis producers and retail dispensaries , that’s MPP Jack MacLaren. Marc needs to run for that party.