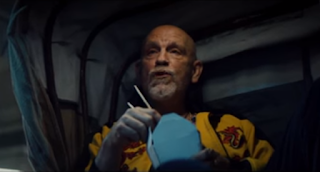 The subject of Eminem came up in a conversation and a friend recently told me Eminem just put out a new video with Beyonce cited in the Rolling Stone magazine called Walk on Water.

I just noticed his video from 2015 Phenomenal. A line in it sates "the messiest thing you've ever been through is your purse. You can keep throwing stuff at the wall but you're going to find out that nothing is going to stick until you apply yourself." He then seeks to find himself. He's fighting off a line of attackers then meets the fortune cookie philosopher who says to him "Impressive. Pointless but impressive." Eminem asks him who are you? A way out if you so choose. And if I don't? "You'll fall. You've been running so long. Come back. Let's finish what we started."

Man who are you? "Wrong Question." Who am I? Eminem was the only white kid that really ever made it in hip hop. He was raw and off the hook from the get go talking about crazy ass mother issues and people were like yo man you can't say that. It was clear he had some unresolved issues. In time he started to deal with those issues and started to hone his style making his debut in 8 mile battle rap. He was a white kid who didn't pretend he was black but realized that he didn't fit in where he was from and he could only find and express himself within the black community.

Eminem is the Rocky Balboa of hip hop. He didn't come from the ivory tower and go to private school. His passion came from expressing what was in his heart as he overcame legitimate trials. That's life in the real world yo. His new cut with Beyonce states "I walk on water but only when it freezes because I am only human. Just like you." Well said. We're all just carving out our own place in this destiny called life. Leaving our mark, good or bad. 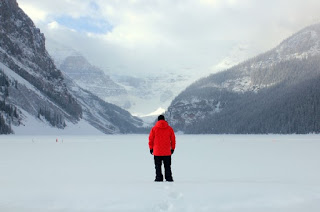