Montreal Police crack down on fentanyl, Vancouver Police promote it 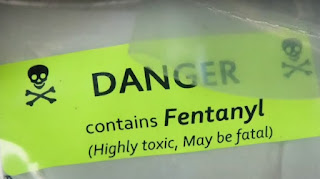 The Revelstoke Mountaineer is reporting that after two people died of fentnyl overdoses in Montreal six weeks later the montrel police "had conducted six raids, arresting 13 drug dealers linked to the two deaths. They seized $19,000 in cash, along with fentanyl, about 500 grams of heroin, meth and other drugs. Montreal police chief Philippe Pichet was blunt commenting after the last raid: 'We will follow and stop those who put (fentanyl) into narcotics.' Note his choice of words. Pichet was announcing the priority for his department’s drug enforcement efforts, he was declaring war on fentanyl to stave-off a public health crisis.”

Why do we promote poison in lethal injection sites? It is a conflict of interest. Why do we give the fentanyl dealers police protection in the DTES and on the Surrey strip? That is illegal.