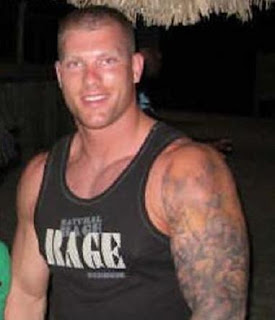 Kim Bolan is reporting that "A defence lawyer for alleged gang hitman Cory Vallee said in B.C. Supreme Court on Wednesday that a key Crown witness made up a confession from his client in order to get a deal from police." The lawyer then cited some details of what the witness claimed to police that Vallee told him about the LeClair hit that did not line up with other evidence called earlier in the trial. There has been huge credibility concerns with paid crown witnesses lately.

Aside from the credibility concerns of the paid police witness, the actual testimony he gave about the murder confession is absolutely absurd. The crown claims As Vallee sipped his soup, D said: “I just looked at him and I said `Everything went OK? And then he just kind of looked up at me and nodded and gave a smile, yep, and he just went back to eating his soup.” I don't really see that as a confession to the murder. Is everything OK? Yes it is. There was no confession.

Initially the police claimed the Bacon's ordered the hit on Kevin because Kevin was cooperating with the police with regards to the Surrey Six along with everyone else who saw that outrageous event as a turning point in the public's conscience about murder. However, it appears the police were lying to that witness in hopes they would testify against the Bacons.

My concerns remain consistent. The police are not trying to stop drug trafficking, they are only trying to seize the proceeds of crime in exchange for letting it continue. The police have no regard for truth or justice. Putting Blaze on their payroll is evidence of that.

Posted by Dennis Watson at 6:34 AM