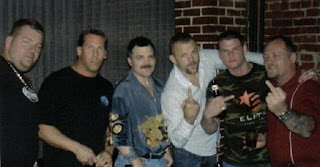 BC Local News is reporting that "The Langley man who killed a Hells Angel gang member last year has pleaded guilty to manslaughter in Surrey Provincial Court. Jason Francis Wallace was arrested days after the Oct. 16, 2016 death of Robert Keith Green, who was found dying on a property in the 23700 block of 72nd Avenue on a Sunday morning. Green was a longtime member of the Hells Angels."

"Integrated Homicide Investigation Team (IHIT) announced in a statement on the guilty plea that there are links between the Green murder and the death and dismemberment of Shaun Allan Clary, which took place on Oct. 24, 2016. Clary, 27, was found dumped on the side of Robertson Crescent in rural Langley. He and Wallace both reportedly had ties to the Aldergrove-based 856 Gang." Shaun wasn't a member. He might have owed them money.

Jason turned himself in the day after he shot Bob Green knowing he'd be dead if he didn't. Bob was shot October 16th. Shaun Clary's body was found Oct 24th. Shaun was from Guildford.

Jason Wallace was busted with Len Peltier for drugs and obviously didn't want to take the fall for Lenny like everyone else keeps doing so he shot the puppet master dead. It's too bad he got the wrong guy. Bob Green was well liked. Lenny is not despite the fact that someone else has been reassigned to Lenny in Bob 's place and the weasel is still working for the club in the Yukon.

"Postmedia reported at the time that Clary was an 856 associate and that his murder was believed to be in retaliation for the death of Green, a member of the Mission City chapter of the notorious biker gang." That is utterly ridiculous. That is what the police told Kim and shows once again that gang enforcement in BC isn't just compromised, it's completely f*cked.

This is what happens when the police put people like Blaze and Len Peltier on their payroll - their intel is false. They tell us what the gangs want us to believe because they think we are stupid. Evidently we are. Clary's murder was not in retaliation for Bob Green's murder.

Metro Vancouver has arrived at the place LA was back in the /80's when Freeway Ricky was selling crack for Blandon. The police here are not trying to stop drug trafficking they are trying to be able to seize the proceeds is crime so they can take a cut in exchange for letting it continue. 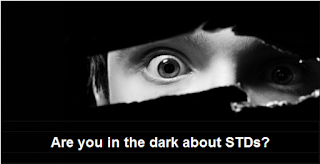