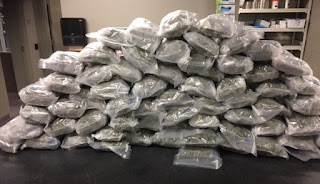 Castanet is reporting that "RCMP in Kelowna have shut down a medical marijuana operation in the city. Working on a tip from police in Nova Scotia, local RCMP raided a property in the Paret Road area of Kelowna Nov. 1. While the property was a licensed marijuana grow operation, police say the drugs were being used for monetary gain by the licence holder, and not exclusively for personal consumption. Police say the drug was allegedly being harvested and sold to members of the Hells Angels."

This comes as no surprise. It would be hard to find a grow op in Kelowna that wasn't run by the Hells Angels. The tip had to come in from Nova Scotia because the compromised BC Gang Task force doesn't charge Hells Angels any more. What was David Giles famous statement on culpability again? David Giles was caught on wire stating that not all members of the Hells Angels are involved in criminal activity but anyone who uses the name of the club for criminal activity must have that activity approved by the local executive.