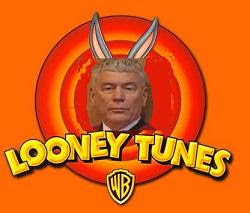 A colleague of mine mentioned that Peter Leask had retired so I had to call up the registry and confirm it which they did. Peter Leask has finally retired. He must have aged out at 75. Oh Happy Day! That guy was a complete idiot. He is one of the prime reasons the BC Judicial system needs to be reformed. The judges in BC have absolutely no public accountability. We can't get rid of a bad judge. We have to wait for them to age out and retire. That needs to be fixed.

I have expressed concerns about that clown for many years. In 2009 I made a controversial post claiming Peter Leask should be hanged for treason. I didn't say I was going to kill him. I discussed the vast change in the judicial system we have seen in BC over the years. At the Parliament buildings in Victoria they have tours where actors and actresses portray famous characters from our history. They highlighted one judge, Chief Justice Mathew Begbie, who had become known as the hanging judge for his staunch stance on crime.

I said here in B.C. we've gone from the Hanging Judge to judges who should be hanged. Treason used to be an offence where people were hanged. Peter Leask's decisions were indeed treasonous. Some thought that was a pretty bold statement to make.

I remember picking up a copy of Neil Hall's book, the Hells Angels and the Million Dollar Rat, in the bookstore and flipping through the pages. I came to a picture in the photograph section I recognized. It was the picture I made of Peter Leask with bugs bunny ears sitting on a Looney Tunes background referring to my claim that Peter Leask should be hanged for treason. I was shocked. You can't get any better advertising than that. Everyone thought I was going to get sued but you can't get sued for expressing concern about a judge's bad decision.

Fast forward to March 2017. I made another post titled Peter Leask strikes again citing yet another insane decision from that crazed lunatic. After Tim Petruk, a local reporter from Kamloops, reported on what he saw Peter Leask say and do covering a rape trial a law professor from UBC filed a complaint against Peter Leask as did the victim of the crime.

Then came the attack poodles targeting Tim for telling the truth. Gordon Clark from the Vancouver Province wrote an obscene piece of trash rationalizing what Peter Leask did and completely misconstrued it. The law professor from UBC caved in to political pressure and withdrew his complaint. I made a post titled Gordon Clark spins for Peter Leask.

Then it happened. Instead of running with his tail between his legs, Tim Petruk stood strong and said, no, Gordon Clark was not present, he was. Tim confirmed what was said and the tone it was said in then pointed out that Gordon Clark was married to a BC judge exposing his credibility collapse once and for all. It was awesome.

I then made a post stating Harold Munro folds like a cheap tent but reporter Tim Petruk stands like a rock. I am thrilled to see Tim Petruk stand his ground and am amazed the Post Media News Monopoly didn't pull a Gary Webb and fire him.

So here we are. Peter Leask has retired but we are still left with the same problem. Judges in BC have zero public accountability. Georgialee Lang, the Law Diva herself, mentions judicial accountability and points out that judges in the United States are elected while in Canada they are appointed. Electing judges is something we should look at but what we really need is a mechanism in place to get rid of bad judges because right now we have none.

Putting up with Peter Leask's treason until he retired was a crime against humanity. Something needs to change. Until then we can celebrate Leask's departure. Hail Mary yo. 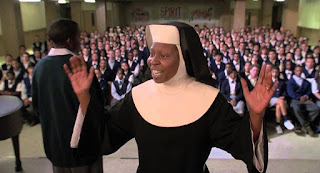