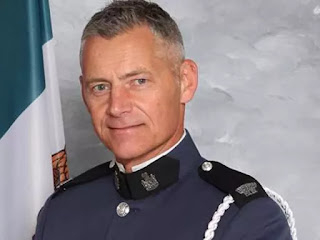 The police just had a procession along the 401 freeway Higway of Heros for the slain police officer. I didn't see a hearse otherwise I would have pulled over out of respect. Evidently the officer rushed in without waiting for back up when he heard shots fired because he wanted to reduce the likelihood of civilian casualties. That was indeed heroic.

Some might argue that it was a rookie mistake not to wait for back up but I beg to differ. When someone has a gun and they are shooting it, every second you hesitate could mean more lives lost. He did the heroic thing. Greater love hath no man than this.

This life is a test. John Davidson passed with flying colours. The hillbilly who shot him failed miserably. Some will argue that cops are assholes. Many are. This one wasn't. You got the wrong one. Murder is never something to celebrate. Murder represents separating yourself from normal people in the eternities. Hell isn't a place where God punishes us forever saying I told you so. Just like the Chinese painting declares, heaven and hell is what we make it.

If we lie, cheat and steal we will live with people just like us. Likewise, if we are honorable and trustworthy, we will be with people just like us. There is no L&R in gang life. Gang life is all about murder to get gain. It is filled with betrayal. There is no honour in it. Yet this murder wasn't even tied to gang activity. It was totally senseless. It was over a stolen car.

They say circumstances dont make the man, they reveal him to himself and to the rest of the world. John Davidson's true character has been revealed. He will be honoured throughout eternity. The hillbilly who shot him will not be hailed as a cop killer. He will be remembered as a complete idiot. A total loser. Someone who robbed a family from a good husband, father and son. When this life is over he will experience their pain. For murder there is no justice in this life. Justice comes in the life hereafter where families are reunited with loved ones.

Some people ask why does God let good people suffer? The answer is twofold - free agency and exaltation. In this life we are all free to choose but we are not free to avoid the consequences of our choices. God cannot put us in prison for wanting to commit murder. He can only do so if we actually do commit murder. Those who commit murder will be separated from the public permanently. Those who are murdered unjustly will be exalted. In this life it doesn't make sense. It only makes sense in the life hereafter. We have just witnessed a scene from the movie Gladiator in real life. John Davidson was a soldier of Rome. Honor him. The Last Post. 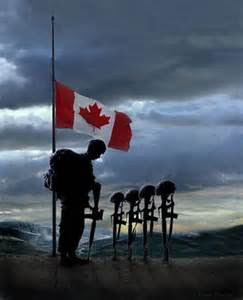