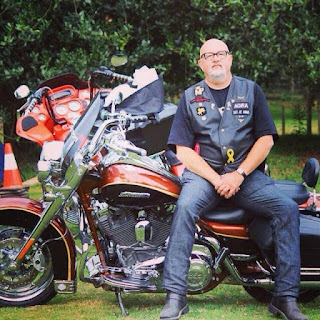 I recently saw a crazy video about the Pickton farm on Rumble that made two good points. I will set aside the crazy and address those two points. Justin Trudeau is a slimy little b*tch. His ties to Communism and the World Economic Forum are no secret. Globalism is Communism. It represents slavery and the complete destruction of civil liberty. His latest campaign is to completely destroy the freedom of the press because globalists are obsessed with censoring everything. The Pickton Farm is a separate matter and since this is our crib, I will address it.

After the testimony of Janice Edwards during the Pickton trial the judge gave the jury specific instructions. He told the jury they could convict Robert Pickton of murder even if he wasn't the only person involved. In fact, they could convict him even if he wasn't the primary suspect, just an active participant. That is not a conspiracy theory. That is the record of the court.

Janice Edwards testified to her knowledge of the Diane Rock story. Dianne Rock was gang raped on the Pickton farm. Being gang raped implicates more than one suspect. That is why the judge gave the jury new instructions. Robert Pickton was without question a scape goat. His brother Dave knew where the bodies were buried and was given amnesty by CSIS.

Catherine Galliford was the public face of the RCMP during the Pickton investigation. She testified to the professional misconduct that was prevalent within the RCMP at the time and is now under gag order since her settlement.

Bob Paulson was in charge of Diane Rock when she went into police protection after the gang rape. Bob Paulson was one of the FOCCers. Friends of Craig Callen. Bob was more interested in one of his female coworkers than protecting Diane so Diane left police custody and ended up dead. Diane was hesitant to go into police custody because she claimed she was gang raped by bikers and police. Jim Brown was a Coquitlam RCMP officer at the time.

I have coworkers that attended parties on the farm and at Piggy's Palace. The farm was known as the Dominion named after the street it was located on. It was the place to drink if you were under age. Everyone who was anyone was there. Jesse ran an after hours across the street for when Roosters shut down. It was high end. Piggy's Palace was a sh*t hole run by big Tony.

The video quoted a September 14 2020 article by Keith Fraser with the Vancouver Sun. I know Keith Fraser. He was the one that posted a court document with my home address on it.

The article stated that "Robert Pickton speaks in court to oppose destruction of RCMP exhibits." It was highly relevant. Since Robert Pickton was convicted on the claim that he wasn't the only suspect or the prime suspect, just an active participant, destroying that evidence was clearly a criminal act. Just like destroying the evidence on the whistle blower's hard drive was.

A lot of people talk about snuff films and a lot of crazy extremes when it comes to the Robert Pickton case. Yet one claim that is quite feasible is that he was harvesting pituitary glands from sex trade workers who were killed for drug debts to make HGH a common steroid at the time known as Human Growth Hormone. At the time they made it from human cadavers.

The second Missing Woman's Inquiry was another farce. It was all about political extremism and the alphabet soup. It had no desire to uncover the truth. Marilyn Poitras explained why she resigned from the commission: "We've been down this road before... We had people tell us if you want to know who the problems are and how to fix them you go talk to the sex trade workers. They're going to tell you who they are. It's not a mystery. This isn't some person coming out of the blue and randomly taking women off the street. People know who they're threatened by. Lets go talk to them. We weren't doing any of those things."

The video also made reference to the suspicious arrest of Cameron Ortis. I have questioned the validity of that arrest from day one. The video cites a paper he wrote for a thesis at UBC called Bowing to Quirinus: compromised nodes and cyber security in East Asia.

Cameron Ortis is innocent. CSIS and the CIA are not. 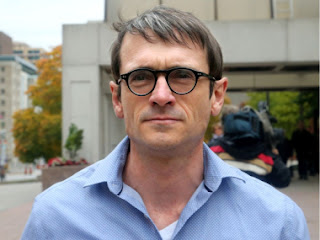