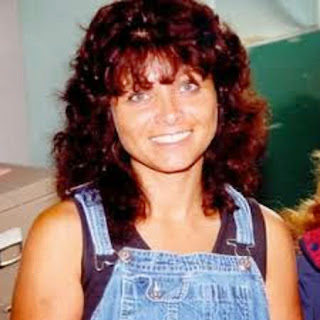 We've already talked about how the Dianne Rock story has blown the lid off the Pickton cover up. Her friend Janice Edwards testified how she picked Dianne up at a gas station after she was gang raped at the Pickton farm. A colleague gave me a copy of the cross examination of Janice Edwards from the preliminary hearing at Port Coquitlam in a brown envelope.

The transcript states Janice Edwards picked up Dianne Rock from the gas station the second time in August 2001. She was badly bruised and was hysterical. Janice stated Diane's arms had marks on them like she was being held tightly with human hands. Obviously skeptics will challenge the credibility of Dianne Rock claiming she was "just a drug addicted sex trade worker" but Janice Edwards was not. She saw the physical effects of assault. She also gives startling testimony on how Dianne Rock got addicted to drugs.

We already mentioned how the book On the Farm claims Diane Rock's boyfriend was a longshoreman named Vince McMurchy. The court transcript goes into detail about that relationship. I will clarify that the court transcript was covered by a Section 539 publication ban. That is a publication ban according to section 539 of the criminal code. It was fulfilled when Robert Pickton was convicted and his appeal had been heard. Stevie Cameron wrote the book On the Farm about the trial and had to wait until Pickton's appeal had been heard before she was able to publish her book which she did in 2010. The publication ban on the Pckton trial has expired. If it wasn't, Stevie Cameron would have had to have pulled her book from the shelves.

Alright, so here it is. Janice Edwards testified that Dianne Rock was off the drugs. She stated it was her boyfriend Vince McMurchy that reintroduced her to drugs. They went to a party and he told her it was OK to do a little bit. That is what Janice Edwards stated Dianne Rock told her at the time. Not after the addiction had taken hold of her.

Janice Edwards testified that Dianne Rock told her Vince McMurchy sold drugs and was the one supplying her. Janice testified that Dianne didn't use heroin she used crack. Obviously Vince McMurchy was not on trial. Janice was simply testifying to what Dianne Rock had told her before she disappeared. Before the drug addiction took over her. This is clearly hearsay evidence. I have heard it said that "Hearsay evidence is not admissible in court. Much. The admissibility of hearsay evidence is up to the judge's discretion as to how much weight it bears in court." However, this is not a court of law. This is just a blog quoting a court transcript of which the publication ban has clearly expired. I will leave it up to you to discern what merit this evidence bears.

Janice Edwards described Diane Rock's relationship with Vince McMurchy as abusive. She claims that Dianne confided in her that Vince beat her and that Janice saw physical evidence of his beatings. Janice said she did not contact the police about it at the time but did encourage Diane to go to the police about it which she unfortunately didn't.

Aside from the physical beatings Janice testified to the verbal abuse as well. She could hear him yelling at her in the background when Diane was on the phone with her. Janice testified that Vince had said Dianne was better off dead and told her that he was going to kill Dianne and dump her body in a ditch in Ladner. He had even driven Diane out to the spot in Ladner where he told her he was going to dump her body after he killed her.

Clearly the line of questioning by the defense is trying to establish other possible suspects in Diane Rock's murder. Do I think Vince McMurchy killed Diane Rock? No I do not. He did threaten to kill her and he was abusive to her. Although he definitely is a suspect in her murder I don't think he actually killed her. I think he exploited her, was abusive to her and cast her aside when he was finished with her. Finished making money off of her that is.

In my opinion the testimony of Janice Edwards sheds light on the making of a predator who got a wonderful young mother addicted to crack and forced her into prostitution to pay for the drug so he could make money. Even more money then he already made as a longshoreman which is disgusting. For him to do that was sheer greed.