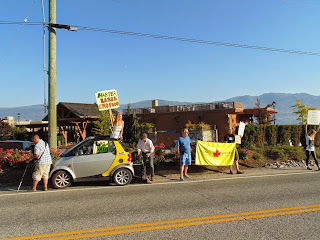 The Ottawa citizen is reporting that The federal government is expanding its surveillance of public activities to include all known demonstrations across the country, a move that collects information even on the most mundane of protests by Canadians.

The email requesting such information was sent out Tuesday by the Government Operations Centre in Ottawa to all federal departments. “The Government Operations Centre is seeking your assistance in compiling a comprehensive listing of all known demonstrations which will occur either in your geographical area or that may touch on your mandate,” noted the email, leaked to the Citizen.

So the Canadian government is spying on protestors. No wonder Stephen Harper likes Communist China so much. He’s just like them. The violation of civil liberty in one concern. The other is wasting tax dollars. They are using tax dollars to create a file on you and spy on you for your political affiliations. Not only is that illegal but it is the misappropriation of tax revenue.

Evidently if you exercise your Charter Right to protest Robocalls or GMO foods then that puts you on the list of government surveillance. So can you access this file they have on you through a freedom of information act request or are they breaking those laws too? Please advise. 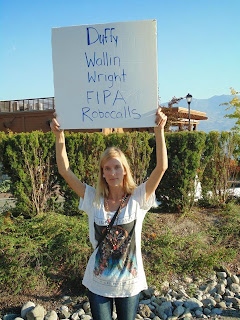