Arrest made in Surrey Murder 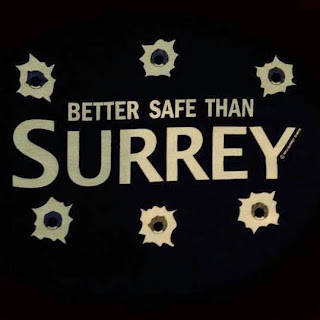 Kim Bolan and Global are both reporting that the Integrated Homicide Investigation Team has arrested 42-year-old Dustin Barry Anderson for the murder of 33-year-old Shaunce Poirier. Anderson is known to police and faces one count of 2nd degree murder.

Shaunce Poirier was shot dead on Monday June 16 close to the Front Room in Surrey. He struggled with addiction. What are the odds he was killed for a drug debt? The suspect they have arrested appears to be a drug debt enforcer. He has a long criminal history for theft, fraud, trafficking, uttering threats and the possession of stolen property. In Kelowna he teamed up with his girlfriend to confine and brutalize a young woman they believed owed a debt. Similar MO to Larry Mizen.

The fact that IHIT has an arrest in this murder already is awesome. However, this public gun violence is further evidence of what happens when you let drug dealers sell crack in Newton and outside the Front Room in Whalley. Letting them sell crack in public creates a huge amount of violent crime in the community.

It's the same with the Hells Angels in Kelowna. David Giles and the Kelowna Hells Angels were charged in another large drug trafficking ring and at the same time they were running a stolen car, boat and motorcycle ring where they were revining stolen cars including ones they themselves fraudulently reported stolen to scam the insurance. That is low life.

More recently the Vancouver Province ran an article about a large amount of stolen property that was recovered from a home as well as various types of drugs. Drug dealers fencing stolen property. This is the tapeworm economy that Catherine Auston Fitts talked about. These are the parasites in society that are ripping off people who work for a living. In Vince McMurchy's case, that slimy drug dealer was already making good money as a longshoreman. He wanted more. He was consumed with greed and a huge amount of predatory violence and exploitation was the result.

These are human beings that we are letting become exploited by predatory drug dealers. Sadly, Shaunce had the Better Safe than Surrey logo as his profile picture on facebook. After making a philosophical post about being able to look at oneself in the mirror he made a post about being sad right before he was shot dead. No doubt someone was harassing him for a drug debt. We need to arrest the predatory drug dealers not the homeless they brutalize. Shaunce was the one in the hat. 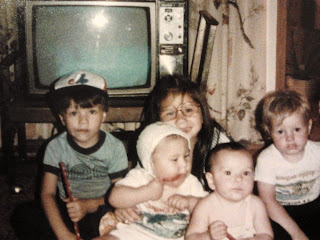 In Maple Ridge another associate of Jesse Haddan has died of a suspicious suicide. I'll write about it and a few other cases related to it after the funeral.

Posted by Dennis Watson at 4:27 AM