Drive by Shooting in Surrey 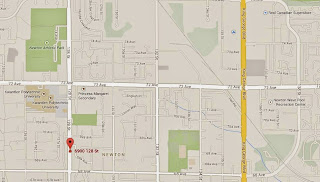 Global is confirming a Scan BC report about a drive by shooting in Surrey yesterday and is reporting that: "Surrey RCMP are investigating a drive-by shooting that happened just before 7 p.m. on Thursday. It happened in a residential neighbourhood, in the 6900-block of 128 Street. The bullets blew out the window of a car but at this point it does not appear that anyone was hit. Witnesses told police there were two people shooting at each other."

Just like the one on 152nd street and 64th Avenue May 31st. Two cars driving down a public road shooting at each other. I would think that creates a public safety risk. Shootings with no victims we rarely hear about.