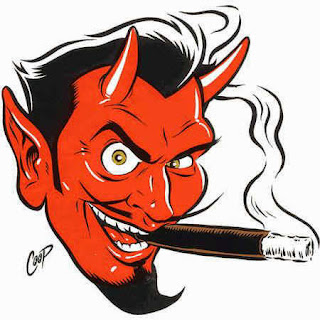 The Vancouver Province is reporting that Surrey First has picked a new candidate to replace Godzilla - Linda Hepner: rolleyes. Say hello to the new boss. Same as the old boss. I pick up my guitar and play, just like yesterday and I get on my knees and pray we don't get fooled again.

Diane Watts had the audacity to say Linda Hepner has integrity. Gag. I can't believe she makes those kind of outrageous statements without being afraid she'll be struck by lightening. Linda Hepner sure didn't show much integrity when she voted with Diane Watts and Surrey's Worst with the creation of the Campbell Heights Money Laundering Park.

Linda Hepner didn't show any integrity when she voted for the mega casino in a rural area despite the overwhelming local opposition to it. It takes a certain kind of person to remain defiant and vote against the democratic will of the public. Now is the time to examine what gifts and donations she personally received from Bob Cheema to buy her voted despite the democratic will of local voters.

What gift did she receive? The concern about the mega casino wasn't just the concerns about money laundering and gang violence. It was supposed to be the same scam they pulled in Campbell Heights. In Campbell Heights they flipped agricultural land into industrial for Gordon Cambell's dirty developers that contributed to the BC Liberals.

The mega casino was also slated for a rural area like Campbell Heights. Surrey First promised to flip it into industrial for their campaign contributors. Linda Hepner voted for the dirty deal despite all the voters who opposed it. Linda Hepner also voted for the slot machines in Newton which is a low income area full of seniors on fixed income who would be exploited.

Her promise to continue the momentum of the city’s crime reduction strategy is a complete scam. That's what Dianne Watts promised when she was elected and didn't deliver. Just ask the businesses and residents of Newton where the city refuses to mandate the police to arrest crack dealers in front of businesses there.

Linda Hepner also voted for the new extravagant city hall which has put the city in record debt. We need a mayor that will sell the new city hall and keep the original city hall so they can use that money to pay for more police in Newton and Whalley. Linda Hepner would be a step backwards for Surrey not a step forward. Say Hello to the new boss, same as the old boss. Go Godzilla.

A billion dollars a year in a regional gas tax isn't enough, the Mayors glutton council wants more. They've put an additional car levy and regional sales tax back on the table to pay for their Gwyn Morgan Evergreen line scam. Fire them. Tax and spend lunatics Be Gone.