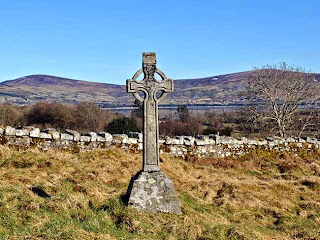 This one breaks my heart. The Vancouver Province reported that the remains of 796 chidden were buried in a mass grave beside a former orphanage for the children of unwed mothers in Galway county. What a horrific tragedy. The Province states that County Galway death records showed that the children, mostly babies and toddlers, died often of sickness or disease in the orphanage during the 35 years it operated from 1926 to 1961.

A 1944 government inspection recorded evidence of malnutrition among some of the 271 children then living in the Tuam orphanage alongside 61 unwed mothers. The death records cite sicknesses, diseases, deformities and premature births as causes. This would reflect an Ireland that, in the first half of the 20th century, had one of the worst infant mortality rates in Europe, with tuberculosis rife. The Potato Famine was between 1845 and 1852.