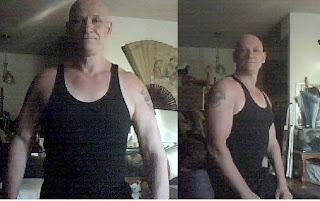 Recently we talked about Larry Mizen's violent criminal history. Turns out he has been charged with uttering threats again and will be in court in Surrey to answer those charges on June 4th 2014 to fix a date for trial. If the media want to follow a violent criminal in Surrey, this is the person to watch. He has many aliases on file as well as three civil cases against him.

For one of his assault with a weapon, robbery, extortion, unlawful confinement charges in 2006 Colleen Golding was his co accused. On July 15 2006 he was also charged with sexual assault. He's not holding the sword right but I sure as hell ain't gonna be the one that tells him. This is the kind of guy that if I met alone in a dark alley, I would run. Without hesitation. 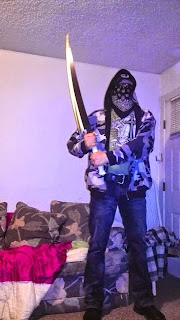