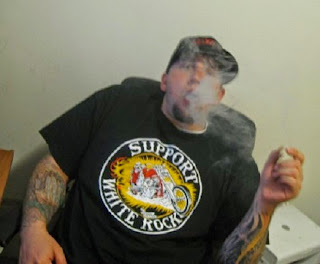 The Times Colonist is reporting that Bryce Cameron McDonald, 32, from Courtenay faces more than a dozen charges six months after a massive cache of weapons was seized from his home. He was arrested Dec. 19, the same day an RCMP emergency response team raided two homes and a storage locker in Courtenay.

Inside the storage locker and lockbox police found 19 firearms, including five handguns, 11 rifles, three shotguns and one loaded nine-millimetre semi-automatic handgun. Police also found thousands of rounds of ammunition, firearms parts, a Taser, a baton, and brass knuckles. Officers also seized six grams of crack cocaine, a machete and equipment believed to be used for the sale of drugs. McDonald's next court appearance is July 10 at 9 a.m. in Courtenay.