Mayors' Glutton Council is out of control 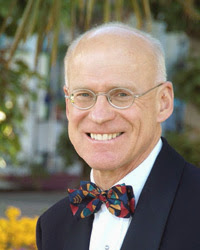 The Metro Vancouver Mayors' Council of Gluttons is completely out of control and should be disbanded. That was the prophetic warning of a wise MLA many years ago. Now we can clearly see why. Their mandate is to tax and spend consumers right into slavery so they can fill their pockets and justify their indulgence. This is not right wing. This is not progressive. These are not conservative values. This is Corporate Communism in action gouging consumers and binding them with debt. They should be fired.

The new news is the announcement that Mayors’ Council approves transportation vision as though this insane tax and spend vision of slavery is somehow a good thing. They are trying to pretend to be right wing and build roads to improve transportation but that is very far from the truth. Everyone knows the Pattullo bridge needs to be replaced. That is not what this is about. This is about pouring over 7 billion more tax dollars on top of the billion dollar a year metro Vancouver gas tax into the fiscal nightmare known as Translink.

Translink is completely mismanaged. It should be self reliant. If it was the billion dollar a year metro gas tax could easily pay for the new Port Mann and Pattullo bridges without any tolls whatsoever. Instead we see sweetheart deals between corrupt politicians and the developers that contribute to their political campaigns that results is a colossal waste of tax dollars. Take Gwyn Morgan for example. Please. Take him far far away.

Here we have a Pee Wee Herman spin doctor that pretends to be right wing when in reality he is anything but. He's just another pork barrel politician that lines his pockets at taxpayers expense. When Translink gives millions of free rides away every year, that is mismanagement. No private company would survive doing that in the real world. Spending billions of tax dollars to expand the Evergreen line when they can't balance their existing budget is fiscal irresponsibly.

Ya know why? Gwyn Morgan got the contract for the Evergreen line awarded to SNCL when he was acting CEO after they were charged with massive fraud in Quebec. If that is not a criminal act, I don't know what is. The World Bank has banned SNCL from World Bank projects for the next 10 years so we give them billions of tax dollars for a mismanaged Translink project and they still want more money to line their pockets. Go figure. That is bad business.

Posted by Dennis Watson at 6:52 AM