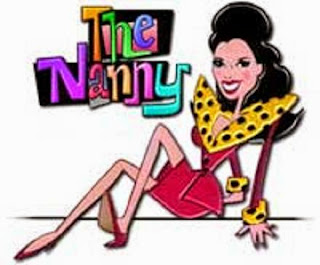 I had the opportunity to meet and interview Kerri Krysko’s Nanny the other night. Everyone talks about this supposed Nanny Kerri had so I thought it would be prudent to seek her out and find out what she had to say. Turns out she was a baby sitter not a nanny.

She first started working for Kerri and her husband when she was 15 years old. Kerri asked her to baby sit her kids on New Years Eve one year. She said that she was very close to Kerri claiming that Kerri helped raise her and was like a second mother to her.

I obviously asked her about the violence. I asked her if she ever saw Kerri’s ex hit her. She was clear and said yes she had. She had seen him hit her, threaten to hit her and she saw the physical signs of beatings. Sad. It’s still hard for her to talk about it years later. She said it was hard for her to deal with it when she was young and was amazed Kerri was able to write it all down in a book. She said that everything Kerri described in her book about the violence was true.

She described one instance when she saw Kerri’s ex grab Kerri by the throat and punch her in the left eye. She admits that when people asked her about it previously, she was scared and denied she actually saw that at the time. Now she clearly states that she did indeed see that. She states she was afraid of the ex’s violent temperament and his membership with the Hells Angels.

No doubt being so young, it was also hard for her to choose sides like any child in a domestic dispute. Kids don’t want to have to choose sides in a marital breakdown and they shouldn’t have to. They should have to lie about violence either. Letting them be honest about what they saw and heard helps them deal with it.

The Nanny is referred to as Desire in Kerri’s book to protect her identity and is introduced on page 240. Desire told me about another instance when she was visiting them at a apartment while they were building a new home. She was standing outside in the hallway by the fire door and could hear Kerri’s ex yelling at her ordering her to stand in the bathtub so that when he beat her she could wash the blood off before the ambulance came. There was another instance where Desire saw Kerri’s lip bleeding after she was hit in the face with a pool stick.

Again it was hard for her to talk about these situations as she was young and it brought back bad memories for her. Interestingly enough, going through these traumatic experiences helped her choose a career path and is trained to work as community outreach in Transition homes.

She told me her only concern was to protect a mother and her wonderful children from violence. She remembered after the separation, Kerri brought the kids to see her ex to a home where they could visit their father in a supervised access visit. With tears in her eyes she said she couldn’t understand how they would let the father see the kids after what he had done.

I promptly asked if he had ever hit the kids and she said no. I then explained that the courts can seem heartless. If the parents argue and the husband beats the wife, that is seen as a different matter than him beating the kids. If the mother and father are separated and he doesn’t beat the kids, the courts tend to believe that continuing the fathers access to the children is in their best interest. That way they don’t have to deal with feelings of abandonment as they process some of the violent acts they witnessed.

In fact, having been a single parent myself, I clearly remember watching an important video on Parenting after Separation. The father just got off the phone with his ex and in front of the daughter started going off on what a b*tch she was. Then the video showed the daughter thinking to herself, If my mother is a b*tch and I’m half my mom, then I must be a b*tch. It was heartbreaking and instilled in me early on how important it is not to trash the other parent in front of the kids.

Which kinda makes writing a book about an abusive marriage problematic. You don’t want to trash the other parent but you want to be honest about what happened so the kids understand what is normal and acceptable and what isn’t.

Previously I used the example how do you tell Luke Skywalker his father is Darth Vader? Simply by being honest about it. Your father did some bad things but he was not all bad. No one is. He did have some good in him. In Darth Vader’s case, it was his son’s belief in the good in him which helped him forsake the dark side and return to the light.

Desire did mention three occasions where she found some pretty bizarre things in the guestroom. I’m not even going to go there. I’ll just say that it’s pretty shocking as those items were things you’d expect to see in a prison shower not in a Hells Angels' guestroom.

Desire was clear that her concerns had nothing to do with the Hells Angels and that she still had a closet full of support gear. She was just concerned about the kids being exposed to such violence and for Kerri’s safety. She did admit that a lot of the conduct contradicted what she normally thought was acceptable for Hells Angels members and agreed that in Kerri’s next book, that aspect of the conflict will become clear. Desire was clear that Kerri did not use drugs. 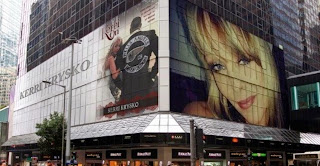 Kerri Krysko will be releasing her e-book in July.