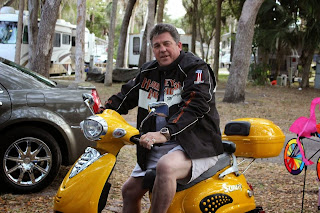 CTV is reporting that three Edmonton men and two from Chilliwack, B.C., are facing charges after 292 kilos of marijuana, 14.1 kilos of heroin and 6 kilos of hashish were seized as part of a joint partnership between the Canada Border Services Agency (CBSA) and Alberta Law Enforcement Response Team (ALERT) in Edmonton on June 4.

Global is reporting that on June 4, three Edmonton men were arrested at a west Edmonton storage facility and 95 kilograms of marijuana and six kilograms of hash were seized. Two men were arrested on the same day at the Canada Border Services Agency’s commercial facility at the Edmonton International Airport. The two men were driving a semi-tractor trailer. One hundred ninety-seven kilograms of marijuana was found inside the trailer, and 14 bricks of heroin were discovered in a hidden storage compartment underneath the trailer.

“Our information suggests this shipment originated in Vancouver. It made a stop in Calgary, before arriving in Edmonton, and the transport truck was also scheduled to stop in Regina and Winnipeg, with a final destination in Toronto,” said Inspector Darcy Strang, ALERT. those are all HA distribution points. Not surprising since the Hells Angels control the BC bud but surprising to see them with the largest heroin bust in Alberta's history. We know that Big tony sold heroin for the Hells Angels in East Vancouver.

Global has pictures of three of the suspects on their web site. The picture above is of Barry Grindrod from Chilliwack. He owns a long haul trailer. Kodie is Barry's son. Looks like Barry is the Rob Shannon replacement. That mush heroin shows that the Hells Angels have worked with the Triads since before the loft six shooting. Notice that this was an ALERT bust not a EPS bust. 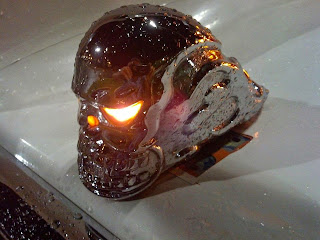 It's obvious that Barry worked for the Hells Angels. Yet it's also obvious Barry wasn't a Hells Angel member or associate nor was he some hardened criminal. Barry was just a normal guy with a normal family trying to make ends meet. Just like Rob Shannon he got a bit greedy from the amount of money to be made hauling drugs for the Hells Angels. Locking him in prison for 30 years won't stop the Hells Angels drug trafficking network. There will be a line up of guys to take his place. Arresting the people he worked for will make a dent in the misery that network profits from. 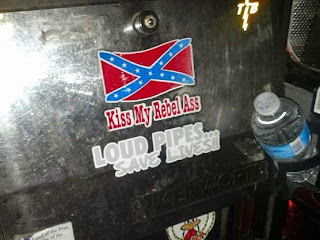 Posted by Dennis Watson at 3:31 AM