New Book about the Pickton Farm 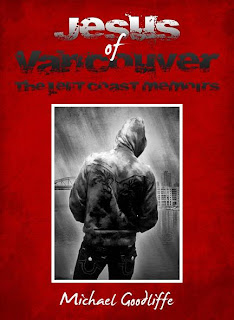 There’s a new book out about the Vancouver drug culture at the time of the Pickton Farm written by someone who was actually involved at the time called Jesus of Vancouver: The Left Coast Memoirs by Michael Goodliffe.

It’s not a religious book. It talks about the young boys involved in the Vancouver sex trade. A very real problem that is seldom discussed. It contradicts the findings of the Missing Women Commission of Inquiry that recently publicized the Vancouver City Police's statement that Pickton was not considered a suspect until February, 2002. If he was well known in the street community, the police must have known who he was and what he was doing.

Jim Brown admits in his court application that Grant Wakefield was at one time employed as an agent to do surveillance of the Pickton farm for the VPD August 1999. He claims in his writ that the VPD terminated the whislteblowers contract September 1999 because they no longer considered Robert Pickton to be a suspect in the missing women case. Someone higher up pulled the plug on that investigation again.

It also talks about a steroid called Human Growth Hormone, or, HGH. Prior to its production by recombinant DNA technology, it was extracted from the pituitary glands of cadavers (dead human bodies). Goodliffe claims he was told at the time Pickton sold body parts to make the steroid.

Although I support the decriminalization of pot I totally oppose the legalization of all drugs. Legalizing crack or crystal meth is just plain irresponsible. Handing out free crack pipes has absolutely nothing to do with access to medical care. It’s the exact opposite. Nevertheless, the Rabbit hole of the Hells Angels and the Pickton Farm continues to be exposed.