A Word on Israel

Although I am very concerned about Mosad’s involvement in Iran contra, denying the Holocaust and hating on Israel is as unpatriotic as is hating on Muslims, Trade Unionists, Environmentalists or any other group. Israeli arms dealers selling arms to their enemy should concern them. Israeli Arms dealers trafficking cocaine or committing investment fraud to raise money for intelligence operations should concern everyone.

Although I will agree there are many corrupt Jews involved in banking and oil that are clearly part of the monolithic conspiracy Kennedy talked about, denying the Holocaust is both ridiculous and offensive. It’s like saying the earth is flat when we know very well it is not. It’s offensive because we fought Hitler for a reason. Denying the enslavement and murder of any group of people is offensive.

Israel, like everyone else, has a right to exist. Historically, Israel never controlled all of Palestine but Israel was very much a part of it. Historically, Israel hasn’t always been right. Yet their rights and their freedom of religion is tied to ours and everyone else’s. Zionism isn’t displacing people from their homes, it’s a quest for a better life for everyone. It’s a higher ideal we can all aspire to. 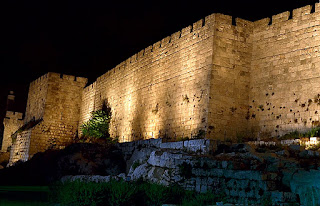 Posted by Dennis Watson at 6:31 AM