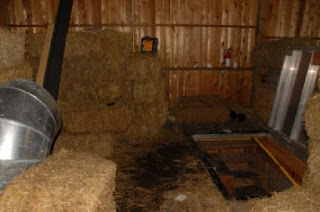 On Friday May 3, the CFSEU busted four more grow ops in Mission tied to the Hells Angels and arrested a Langley man who was the caretaker of all the grow ops. 10,000 plants and 200 pounds of dried marijuana were seized.

Tell me again the Hells Angels aren’t using violence to take over all the grow ops in BC. I could use a good laugh. A grow op at 22043 Lougheed Hwy burnt down last month. I guess a lot of growers are going to be indebted to the Hells Angels now.

One has to wonder why on earth they are going to so much trouble busting these Hells Angels grow ops which keep popping up faster than they can bust them when they let them sell pot out of the Black door and the Bulldog café. It just doesn’t make sense. You’d think if they were concerned about the one, they’d be concerned about the other. As long as they let them sell out of the Black door, new grow ops will keep popping up. It’s supply and demand.

The same with busting all these cocaine rings. Why would they go to all that trouble to bust a cocaine ring then turn around and let them sell crack openly? It just doesn’t make sense. If they really wanted to address the problem, they’d attack it from both angles. Stopping the crack dealer on the street is just as if not more effective than making the big cocaine busts. As long as they let the crack dealers sell it on the street, someone else will be bringing it in for the Hells Angels. Busting the mules won’t touch the Hells Angels or their operation. We have to stop letting the crack dealer sell in public. That is the New York model.