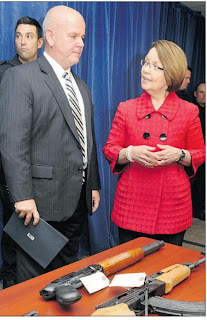 The CFESU, BC’s anti gang unit, released a nine-page newsletter to help the public identify gang risks. Why is it called Black Press Media Group? They are the ones that own the Surrey Leader and have started printing Godzilla’s ridiculous propaganda. They are the ones the Toronto Star own shares in but have written the value of those shares off to nil. They survive off of corporate funding. Many of those corporate funders benefit from money laundering.

Bill Fordy says the Police are to release names of gangsters and ask businesses to shun their dirty money. Does that mean Godzilla is going to give back the campaign contributions from Gateway Casinos? Gateway casinos doesn’t launder drug money but gangs do at their casinos which they profit from. Why is it that Bill Fordy has that Gordon Campbell look? It’s untrustworthy.

According to the report there are 188 criminal groups operating in B.C. Oh really? Unfortunately, that sounds like spin. We have the Hells Angels and their puppet clubs in complete control of the BC drug trade and who else? The UN are in prison. The Dhurry Dhak group have been exterminated. My concern about those kinds of statements is that it leads us down the road of misinformation. It doesn’t matter how many Hells Angels puppet clubs there are. If the Hells Angels are in control of them come right out and say it. Don’t run interference for them. That’s how we end up with ridiculous statements like the one made by Pat Fogarty before the Kelowna Hells Angels drug bust and their stolen car ring bust.

Here are the real numbers: Rob Shannon, Randy Jones and Larry Amero. Three separate huge cross border drug rings run by the Hells Angels. They sell the US BC Bud and bring back cocaine as payment to be sold here as crack. That is the problem. As is the money laundering the feeds it and the political campaign contributions that benefit from it. Those are the real numbers.