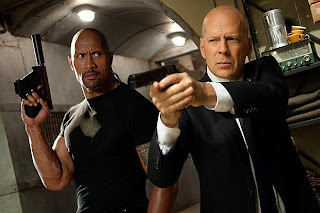 On a lighter note, I just saw GI Joe Retaliation. It’s kind of getting dwarfed by Iron Man 3 but I liked it. I haven’t been following the Iron Man series but I did like him in the Avengers. I’m not much into super hero movies. Except for Thor of course. That guy is awesome. The guy that plays him looks like a Norse god. He’s buff, ripped and has morals. The next one will be worth seeing.

At first when you hear the name GI Joe you think it’s going to be goofy but Bruce Willis and the Rock did a great job. The thing I like about the character Bruce Willis plays is that he doesn’t pretend to be a roid monkey. He’s just old school tough.

Bruce Willis was also in another recent movie called A Good Day to Die Hard which takes place in Russia. His Die Hard series is legendary. After the Russian movie, bloggers changed his catch phrase to Yippee-ki-yay, mother Russia. I’d love to go to Sochi for the Winter Olympics. Unfortunately, I don’t see that in the cards right now.

In 2006 a reporter tried to ask Willis about his political views and he responded by saying: "I'm sick of answering this f*cking question. I'm a Republican only as far as I want a smaller government, I want less government intrusion. I want them to stop sh*tting on my money and your money and tax dollars that we give 50 percent of... every year. I want them to be fiscally responsible and I want these goddamn lobbyists out of Washington. Do that and I'll say I'm a Republican... I hate the government, OK? I'm apolitical. Write that down. I'm not a Republican.” I guess he was disappointed with Bush’s final performance.

Another Fast and Furious movie is coming out soon. That looks worth seeing. The Rock is in it. Vin Diesel was great in Triple X. There’s even a special appearance from his Russian female friend in it that was in the movie Triple X. It was kinda sad to see how empty the theatre was. It’s sad how all the music stores have gone under because people steal music online. Now movies are next. Buy your music. Not paying a buck for an mp3 on iTunes is lame. Stealing movies is even worse. People work hard to make those and many people are destroying that industry with theft.

Update: Fast and Furious 6 is awesome. It wasn’t the Russian girl from Triple X it was the Latino girl from Fast and Furious 5. I missed that one. My bad. It’s well worth seeing and it looks like there’ll be another special guest appearance in FF 7.