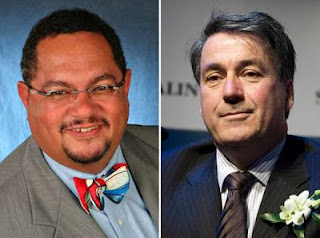 Stephen Harper’s pal, Arthur Porter stepped down as chair of the CSIS watchdog committee November 2011 after his ties to an Israeli Iran contra arms dealer went public. February 2013 an arrest warrant was issued for him as well as Pierre Duhaime, the former CEO of SNC-Lavalin for their alleged involvement in a massive fraud and conspiracy. Today MSN News is reporting Porter has been arrested in Panama.

January of this year, SNC-Lavalin was awarded the contract for the Evergreen Sky Train line in Vancouver. That deal was done when Harper and Christy Clark’s advisor, Gwyn Morgan was CEO. As the saga unfolds, SNC-Lavalin is offering amnesty to whistleblowers.

Laundering the proceeds of crime hiding out in Panama. Sounds like an old Van Halen song. That brings back memories of when George Bush Sr. had Noriega working for the Agency in Iran Contra under Operation Watchtower. Explain to me again why they sent Manuel Noriega to jail but made Oliver North a Fox TV News host. That one still baffles me. 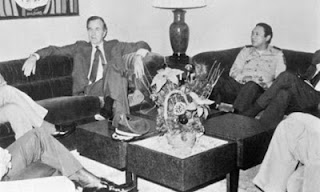 Posted by Dennis Watson at 9:29 PM