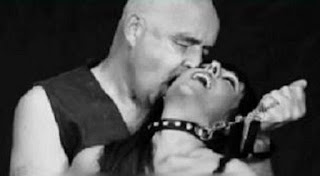 Well this is exactly what Wally Opal’s Red Hearing inquiry was trying to avoid. Legal action from the families of the victims in the Pickton case suing the police for negligence. An interesting twist is the fact that they are also suing Willy as well as his brother Dave and his sister Linda. I don’t know much about his sister Linda but Dave knew where the bodies were buried. That means he was criminally negligent. Naming him in a wrongful death suit is totally appropriate.

Basically there are two aspects to this lawsuit. One is police negligence, the other is liability for wrongful death involving Willy and Dave. There are a few things I have to say about this case but let’s start there. First let’s look at police negligence.

Obviously this is why the police lawyered up and were so evasive at the not so public inquiry Wally Opal shut down and turned into a panel discussion because the Hells Angels were mentioned. Without getting into the huge concerns I have with Wally Opal and the shameful disaster of the Pickton inquiry, let’s just zero in on police negligence.

The first point I want to make is that the police didn’t kill the missing women. Well not collectively as there have been many bizarre allegations of individual police officer’s involvement on the farm but that is a separate matter. Collectively, the police did not murder the woman. Robert Pickton and who ever he helped did. Just like that cop that failed to get out of his car to investigate the shots fired call where Lisa Dudley was wounded and tragically died days later. Although the police officer made a mistake, he did not kill Lisa Dudley. We need to remember that and remember someone else did shoot her which caused her death.

Did the police take a lax attitude because the victims were drug addicted sex trade workers from the DTES? No doubt they did. Clearly if a woman from a wealthy neighborhood went missing and was murdered the police would have made that a greater priority. It is a sad reflection of society in general but does that make them negligent? Personally, I don’t think so. Someone reports a drug addicted prostitute went missing. She could have gone anywhere. That doesn’t means she was murdered. Yet the growing number of cases did reflect cause for concern. Did the police fail to warn the sex trade workers in the DTES? I don’t think so. They all knew about the rumors of women getting ground up on a pig farm.

The only criminal negligence that arises is when that cop goes and tells Pickton someone has accused him of murdering prostitutes on his farm and then tells him the name of the witness. I think that witness has every right to sue him for police negligence. What that cop did was wrong and suspect.

Which leads us to the question of police involvement. We were told that the Inquiry would hear evidence that off duty police officers attended parties at Piggy’s Palace, an illegal booze can run by the Haney Hells Angels in Dave and Willy’s name. That information about which police officers and what they were doing never came out in the Inquiry. Wally Opal shut it down before that could happen. We didn't hear from Catherine Galliford either. Perhaps she will testify in this new trial.

We know that one of the officers from the Coquitlam RMP who was involved with the case named Jim Brown is an S&M freak. He posted pictures of himself and a model posing with a boning knife. Fantasizing about a criminal act is not healthy. The police investigated the matter and since both were consenting adults they dismissed the investigation. Then a whistleblower went public with some of those photos and all hell broke loose. Because of public pressure the police said they would reexamine the matter. Yeah right, like that actually did anything. Clearly that reexamination went nowhere.

The thing is the whistleblower went public with the photos after Jim Brown was investigated by the RCMP and they decided to do nothing. People sent me links of the Kilted Knight’s profile and I saw the pictures there myself and took screen shots of some of them. It wasn’t until after those pictures went public those profiles were shut down.

So what was the response? Rage and denial of course. The RCMP stormed into the whistleblowers house and got a search warrant to seize his hard drive and flash drives. Information used to obtain the warrant claimed they said they were looking for a DVD that Jim Brown might have that involved the Pickton case. Well ya think if Jim the freak Brown had the dvd they could of asked him for it instead of searching and seizing computer hard drives from a whistleblower?

Jim Brown turned around and sued the whistleblower and a lawyer named Cameron Ward for defamation. More smoke and mirrors. You can’t sue someone for defamation if they are telling the truth. Alfonso Galigano found that out. Unless of course you lie under oath and destroy all the other evidence like Brian Mulroney did and get an out of court settlement.

Fortunately, Cameron Ward isn’t that stupid. He knows what defamation is and what it isn’t. He’s not intimidated by these fraudulent law suits and simply said, let’s go to trial. No out of court settlement from him. The one good thing that I can see in this new case where the families of four of the victims are suing the Provincial government on behalf of the police (RCMP are Federal by the way so the federal government should be named as well) is that they should be able to subpoena the evidence that Cameron tried to get for the public inquiry and was denied before it was shut down. The families should by law be able to subpoena those documents Cameron Ward tried to get but Wally Opal refused to admit. That would be fair. Gagging those documents would not.

My oh my, it’s not just defamation Jim the freak is suing for it’s Unlawful breach of privacy. He claims the pictures he posted online for the world to see on a bondage website called fetlife are private. What a freak. It was a bondage site for like minded freaks to meet to arrange violent sex. When he posts those kind of requests online for the world to see wearing his RCMP boots, that is a public matter of public safety. The profiles were public. I saw them. I didn’t have to log into any account to see them.

He is however suing for defamation over an article printed by Ian Mulgrew in the Vancouver Sun the whistleblower provided information for. Jim the Freak admits the whistleblower was at one time employed as an agent to do surveillance of the Pickton farm for the VPD August 1999. He claims in his writ that the VPD terminated the whislteblowers contract September 1999 because they no longer considered Robert Pickton to be a suspect in the missing women case.

There are other minor accusations that the whistleblower claimed Brown was getting tax dollars to sue the media and silence victims which may or may not be true. There was also a concern about another set of photographs Brown claimed were not of him yet his troll tried the same thing with the ones I posted. They claimed the ones on a separate account weren’t him where his face wasn’t shown even though it was clearly the same butt ugly brown mole belly and RCMP boots as in the other photos.

The truth is, Jim Brown set up an account on a bondage web site trying to solicit sexual relationships with other consenting adults who were into bondage. I say that fantasizing about criminal acts is not healthy. Fantasizing about raping a woman is not healthy even if the model he is seen in the pictures with is a consenting adult. It implies that there is an underlying fantasy about forced rape at knife point. Having those fantasies and being a member of the RCMP is a huge concern for public safety.